Invited as a member of the Art|Sci Collective / UCLA Art|Sci Center and Lab for the CultureHub Re-Fest 2021 Virtual Gallery exhibition, the artist explores evolutionary emergence and data-aesthetics in the poetics for this series of data-sculptures, starting from taking and combining as raw data in a generative design experiment the audio track of short videos’ shared by friends and colleagues based on each of the seven continents – North and South America, Asia, Africa, Europe, Australia and Antarctica – as glimpses of their surrounding environment. The series of data-object, the data-confluences, celebrate the vital need of getting together, the seducing transcendence of contamination. Invited conteminants:

The data-sculpture series and the related workshop for Culture Hub Re-Fest 2021 are the unfold of a recent experiment involving the production of a data-object from the combination of audio captures from the Atlantic coast and Pacific coast shore line shared on WhatsApp between Professor Victoria Vesna and the artist, for Vesna's project Alien Star Dust: signal to noise -- a Collective art + science meditation for Winter Solstice, 12.21.20, UCLA Art|Sci Center and Lab, at the Integratron.

The data-confluence sculptures can be visualized in VR by accesssing the 3D models on Sketchfab: 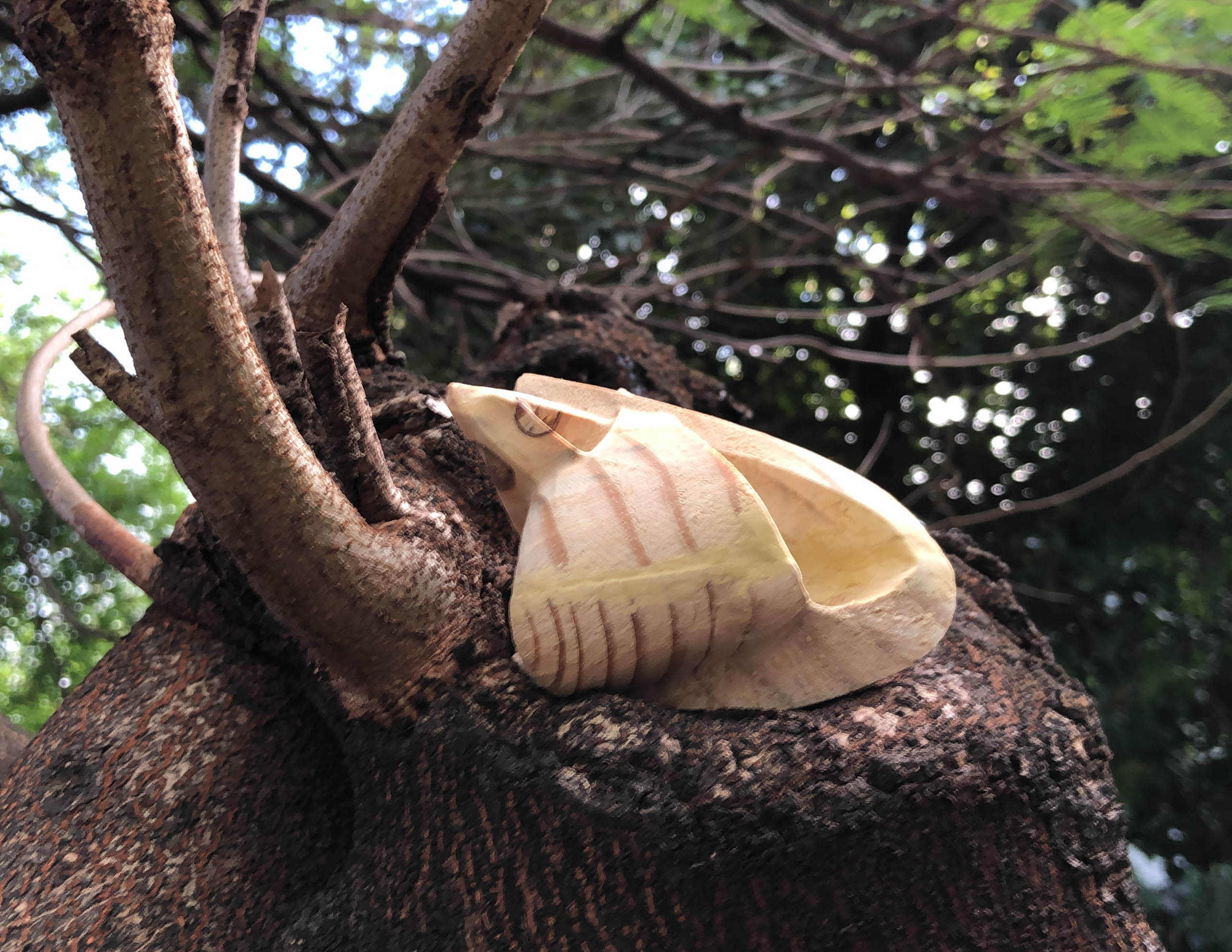 for a collaboration with Am-Clair Huestis and the very special and inspiring team of artists she was nesting for her 2021 CAA annual conference session -- "Co-making this world,” on collaborative nest-works — inviting to peer into human/more-than-human relations." From the Aesopica “The Trees And The Axe”: “A Man came into a Wood one day with an axe in his hand, and begged all the Trees to give him a small branch which he wanted for a particular purpose. The Trees were good-natured and gave him one of their branches. What did the Man do but fix it into the axe head, and soon set to work cutting down tree after tree. Then the Trees saw how foolish they had been in giving their enemy the means of destroying themselves.” (Aesop's Fables, or the Aesopica, Eliot/Jacobs Version)

Invited to consider the place of the artist as enmeshed in a world human/non-human, with other species and things as co-creators, I metaphorically have the black-capped chickadee as a partner to design potential nests working on the algorithmic transduction of an excerpt of the bird’s vocalization recording into a data informed sculpture. From the decibels (dB) variation of the original sound, a points' cloud is generated using a graphical algorithm editor to produce a series of potential nests as data-sculptures. The final data-object is cnc carved in plain wood and placed in trees as a subtle intervention in a small nature reserve in the city of Fortaleza, Brazil’s Atlantic coast. The poetics implies giving the black-capped chickadee the hypothetical choice or opportunity to actually use as a nest the algorithmic co-creation that is back to nature as if it was never detached from it. As in Aesop’s fable ‘The Trees And The Axe’, the work reaffirms men’s craftiness as a central force that uses other entities from nature as collaborators in their never ending creative effort in transforming nature for their own good. On the other hand, supplanting this understanding, the experiment explores the potential of promoting the analog-digital continuum as an integral part and expression of nature itself in its cross-scale combinatorial complexity. 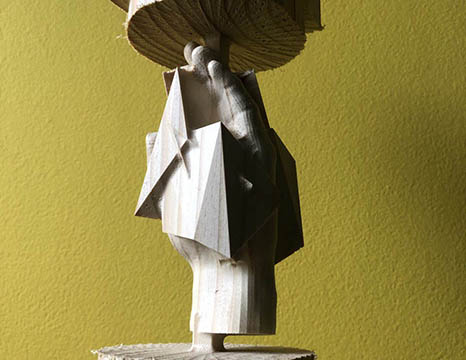 if you hold a stone hold it in your hand

The installation “If You Hold the Stone Hold It in Your Hand” (2020) consists of a series of 7 (seven) data-driven sculptures algorithmically generated using data from the World Health Organization referring to the number of cases per country of covid19 – selected here the 7 countries with the highest number of cases – United States, Russia, Brazil, United Kingdom, Spain, Italy and France. WHO Coronavirus Disease (COVID-19) Dashboard online data is the numerical entry that generates a cloud of points in Rhino6 environment having as the limiting box the geometry of a human hand. From the points population series of superposed surfaces are generated and converted into meshes that, inflated, emerge as geometric intricate contaminations in the base geometry of the hand, overflowing the numerical skin. The aggressive geometry breaks the subtlety of the gesture – an impossible hands-holding. The impossibility of touching, the invisible danger of the presence of a virus on the hands surface – the need of social distancing; the presence of potentially sick bodies. The work speaks of the fear of the invisible, the unknown, intangible but potentially deadly.The data-sculptures were on show at China VIS Art Program exhibition 2020 and < Ars Electronica 2020